READ IN OTHER LANGUAGES

Your form has been sent.

Thank you for your application. We will contact you shortly. 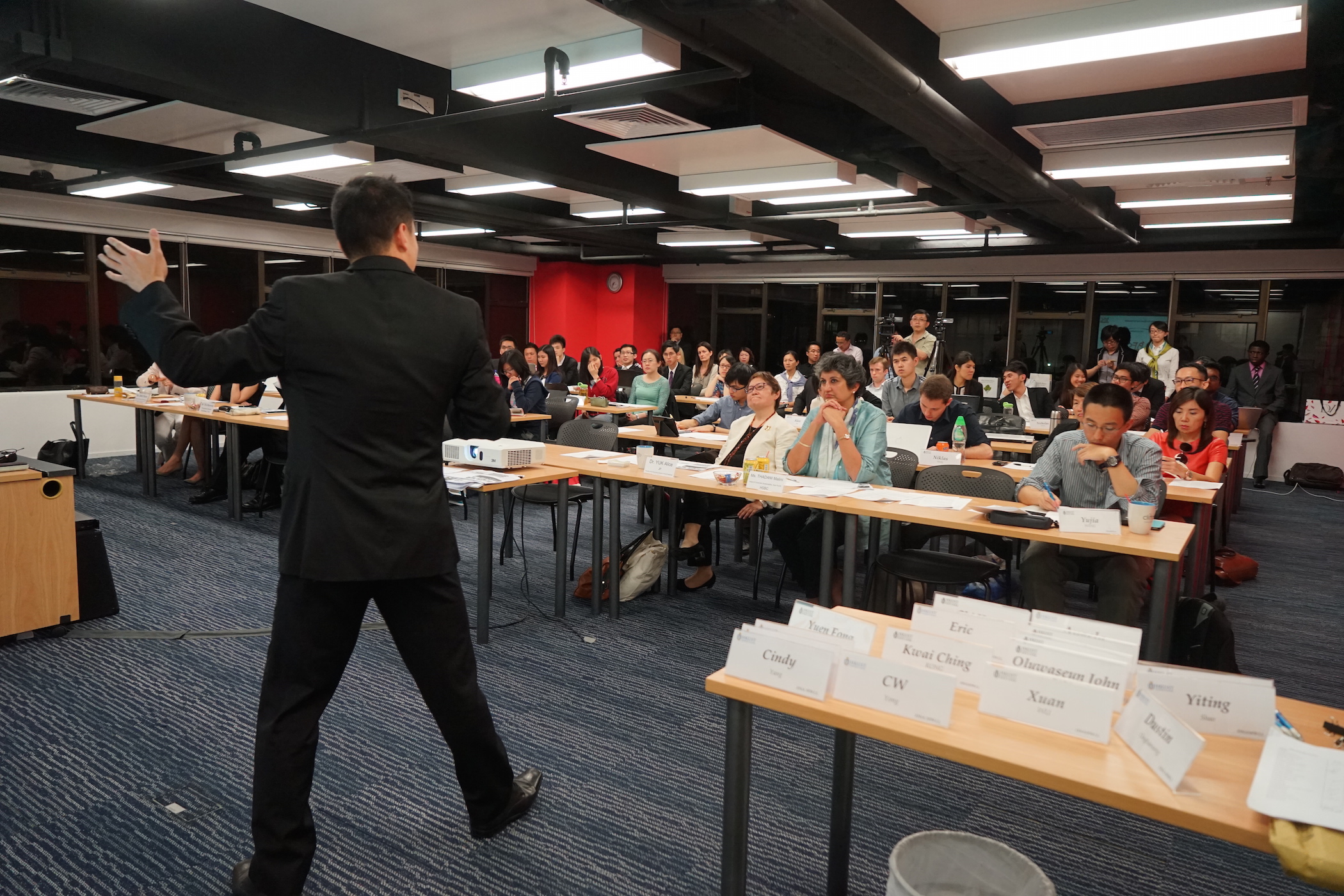 Tonight was the climax of Nurturing Social Minds, also known as HKUST’s Social Entrepreneurship and Venture Philanthropy (SEVP) course. Four student teams got ready to deliver pitches before the room. Besides the usual classmates and audit students, in the front row sat an independent panel of judges. They mingled with each other while the students nervously focused on their final preparations. You could tell who was presenting, because they wore suits and ties.  The social venture partners all came out to provide moral support for their teams, but they wouldn’t be presenting themselves. They sat at the back along with the other observers: the representatives from the SIE Fund and YFP, along with alumni from last year. Two video cameras perched on the back table – one recording the presenter, the other recording the slides.

In front of this packed audience, the student teams delivered their pitches like true professionals, poised and persuasive. They each told the story of their respective social venture partner. Illustrating the problem that this business was solving, measuring the impact on society and the soundness of the business model. Then they argued their case for why the $250,000 should go to them.

Each team had 10 minutes to deliver their pitch, which was more than enough. This was followed by 10 minutes of Q&A from the floor. There ended up being a lot of questions, both from the judges and the students. The judges were brutally honest, dissecting the business models, and scrutinizing the funding plans the lenses of experience.  Those students who weren’t presenting helped their team by quizzing the other teams, questioning their assumptions to try and expose a flaw. This was where they jockeyed for position.

For every pitch, the judges filled out a scoresheet, and so did the students. On a scale from 0-100, each business was rated on: The Snapask team presented next Last but not least was the team from Twopresents

The votes were tallied by 3 independent student volunteers from HKUST, who were otherwise not participating in the course. While this was occurring, an inspired talk was given to the students by Dr. Alice Yuk, one of the esteemed judges and Chairman of the Hong Kong General Chamber of Social Enterprises.

In the end, the results were close but clear. The winner of the $250,000 catalytic grant capital from YFP was Twopresents, followed closely by Barrier Free School.

The founders of Twopresents were shocked by the results, but recovered their composure quickly and profusely thanked their student team for representing them so well. In fact, it was clear that a bond had been forged between the students and their social venture partners.

Regardless of who won, it was clear that the students had put a lot of hard work in, and everyone did a magnificent job. They had learned a lot from their social entrepreneur counterparts, but they also taught the social entrepreneurs a few things about their own businesses!